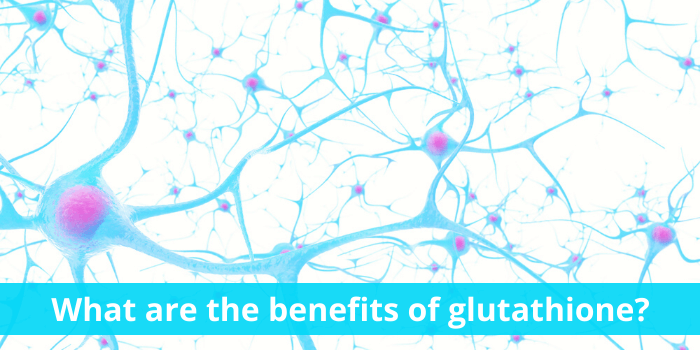 This article aims to provide an overview of the currently recognised Glutathione benefits, and outlines the importance of Glutathione in normal, healthy functioning of the body.

Glutathione has been described as the greatest antioxidant that you didn’t know existed. It’s not only a powerful antioxidant itself, but also acts to recycle other antioxidants for maximal function.

Antioxidants are critical in negating the harmful effects of reactive oxygen species such as free radicals and peroxides. These harmful molecules can cause oxidative stress on the body’s cells, which may damage or kill these cells. In fact, oxidative stress has been associated with over 74 major diseases and disorders.

Glutathione is found in almost every cell in the body, and as a result of this it has a wide variety of roles throughout the body. Glutathione plays important roles in the following areas:

These are but some examples of the currently recognized Glutathione benefits. It is plain to see that this molecule is exceptionally important for normal cellular function and protection from a myriad of diseases, regardless of where in the body it is being used. As we are exposed to even more chemicals through new packaged foods, new agricultural methods and larger cities with more pollutants, Glutathione becomes even more important.

Unfortunately, glutathione levels do decline over time with age and exposure to a variety of toxins, alcohol consumption, a diet high in processed foods, stress and trauma, chronic illness and other conditions can all impact your glutathione levels and reduce the ability of glutathione to perform its beneficial functions.

Staying healthy and exercising regularly, avoiding stress where possible, getting plenty of sleep and enjoying a diet rich in fresh fruit and vegetables all help to maintain your Glutathione levels and allow you to experience the many important Glutathione benefits.