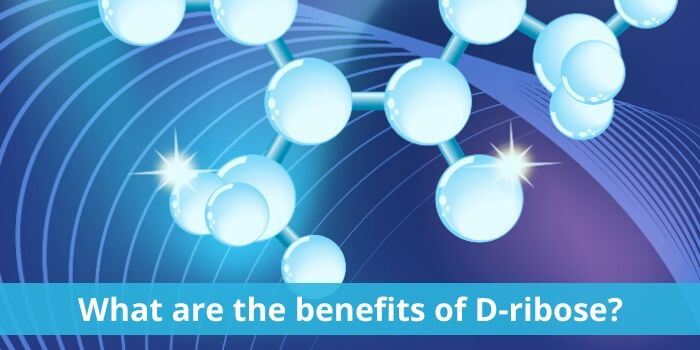 The health benefits of the D-Ribose in Riboceine

Riboceine is a very simple molecule that is 100% unique to Max International through Dr Nagasawa’s patents and patents pending. It’s ribose and cysteine and Riboceine is just a name that it’s been trademarked under. What we know is that Riboceine is about 300% more potent than NAC for actually helping the cells create glutathione.

What is Ribose and what do we know about it?

Ribose was first identified in 1944, as a part of the structural component of DNA and RNA. That’s all we really knew about it back then. Though a lot of studies occurred in the 1950’s, it wasn’t until around around 1957 that a whole other activity for ribose was discovered that changed everything. And it had specifically to do with the production of energy within the cell.

So back in the day of first learning about Ribose, it was only really known that if you had it in your body, you’d be supporting the health of your DNA and RNA. But that wasn’t the only benefit. The biggest physiological benefit has to do with the production of ATP (the packets of energy made within your cells), inside the mitochondria. Cells have many mitochondria, that absorb and break down nutrients needed to create energy for the cell. Some cells have hundreds of mitochondria, and some may have tens of thousands. It really depends on what that particular cell needs to do and how much energy it needs. E.g. a muscle cell will have more mitochondria than a cell that requires less energy.

In the process of making energy, complicated chemical things occur inside the mitochondria and molecules are hooked together to make ATP. Part of the actual molecule of ATP is ribose. In addition to that, glutathione also supports the production of ATP. Because if you don’t have enough glutathione inside the mitochondria, the production of ATP slows down due to the amount of free radicals created. And if your body can’t deal with those free radicals, the cell will be destroyed.

As you might imagine, if you are busy making a lot of ATP and you’re not replenishing the raw material to make it, it may be helpful to have more of that raw material. And part of that raw material is ribose. Your cells can make their own ribose (by breaking down glucose), but it takes a little bit of time to do that. 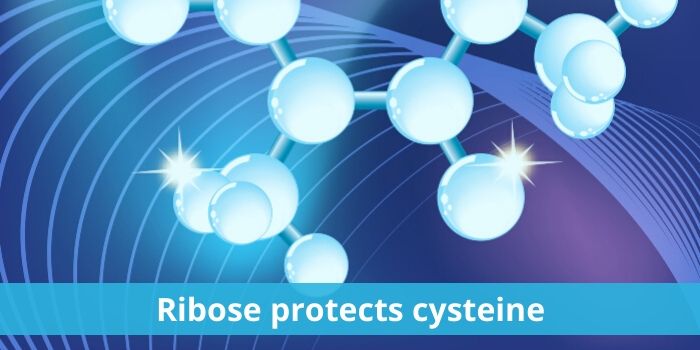 With Riboceine, nothing goes to waste!

A component that is considered to be the rate limiting factor in the production of glutathione within our bodies is cysteine.

One of the challenges with the cysteine amino acid, is it’s fragile sulfhydryl group can easily be broken off as it goes through the digestive process. And you cannot make glutathione if you don’t have an intact sulfhydryl group. One way of protecting cysteine’s sulfhydryl group, is by wrapping it in an acetyl group, which is exactly what NAC (N-Acetyl Cysteine) does.

With NAC, once your body delivers cysteine safely to the cell, it removes the protective Acetyl group and then just discards it as it doesn’t need it to do anything else. So essentially, we’ve just wrapped up something that we needed temporarily, with something that we don’t need.

What Dr Nagasawa was trying to figure out, was a way to potentially hook cysteine to another endogenous molecule (meaning a molecule that occurs within your cells anyway) in a way that it would 1. improve absorption & 2. create an opportunity for your cells to utilise the entire molecule. And he discovered that ribose did both of those things and more. It protected cysteine, is 100% utilised by the cell & provided other benefits for the health of the cell.

Ribose itself is highly absorbed from the intestinal track, so your body loves it & your cells are used to seeing it. What happens inside the cell, is at the time that there’s a demand for the cysteine to make glutathione, the molecule will separate and the cysteine is freed up to go be part of glutathione. So with Riboceine, the other half of it (ribose), does not go to waste.

What studies have been done on Ribose?

A lot of studies related to ribose, have looked at cardiac issues more than anything else.

There is a book written by a couple of cardiologists (Stephen Sinatra & James Roberts) called: Reverse heart disease now. Looking at some of the insights from their book, when Dr Roberts heard about d-ribose a light bulb immediately went off in his head. For some time he had been using L-carnitine & Coenzyme Q10 in his medical practice to boost energy metabolism in sick hearts. But neither of these could rebuild the metabolic energy pool once it had been depleted by heart disease.

He wondered if d-ribose could be the missing link….

He decided to try it on himself first as he does a lot of exercise. And he found that with that, he definitely was improving from his stiffness and soreness afterwards much more quickly.

In his cardiology practice he offers patients an EECP program. Those of you who have ever had EECP, you know it’s not a very comfortable thing. It’s an external counter pulsation. So basically what it’s trying to do is from the outside of your body, push a little harder to help your heart to actually have more ‘oomph’ when it’s trying to pump blood. This is usually used for hearts that are quite weak and are unable to really pump blood very effectively. It’s almost like an external massage type of thing to help your heart pump better. It’s a non invasive method that restores the flow of oxygenated blood in patients with recurrent or inoperable coronary artery disease.

Before d-ribose, most of the patients on EECP experienced good improvement. However after adding d-ribose, improvement made a quantum leap from good to great. In hard core cases like these, supplying oxygen alone to the chronically heart deprived heart cells is not enough. Yes the cells are deficient in CoQ10 and l-carnitine quite possibly, but above all they lacked the precursors of ATP.

The reality is, what they actually lacked was glutathione. But this doctor wasn’t aware of glutathione – which is not uncommon.

So as he began to use d-ribose on his patients, here is some of what he found:

“Ischemia (which means decreased blood flow) may cause the heart to lose up to 50% of its ATP pool. Even if blood flow and oxygen are restored to normal levels, it may take up to 10 days for an otherwise healthy animal heart to rebuild cellular energy and normalize diastolic cardiac function. In studies, when oxygen-starved animals receive d-ribose, energy recovery and diastolic function return to normal in an average of two days. When patients with coronary artery disease are treated with d-ribose, symptoms and treadmill time improve significantly within one week.”

“The cardiac arrest induced during certain kinds of heart surgery such as bypass surgery cause heart muscle function to deteriorate quickly. Even in relatively healthy areas of the heart an effect that is associated with low ATP levels which can severely delay recovery following surgery. As a result, scientists administered Ribose to the heart during surgery reasoning that they could stoke up heart muscle in advance with the necessary ingredients for making ATP. This procedure produced dramatic results in the experimental study consisting of a full hour of cardiac arrest. The ribose-supplemented experimental group showed significant improvement in heart muscle function compared with controls—and the amount of improvement correlated directly with the quantity of ATP in the heart muscle!”

So even in the medical world, they are beginning to integrate things like ribose to support cardiac function.

By the way, when you look at ribose for cardiovascular benefit, it goes back to the 1980’s. Which is really interesting too because again, Dr Nagasawa first published work on riboceine in 1987. His focus was liver health and cysteine (which is part of glutathione and critical for the health of the liver) and other people were focused on the ribose side of things.